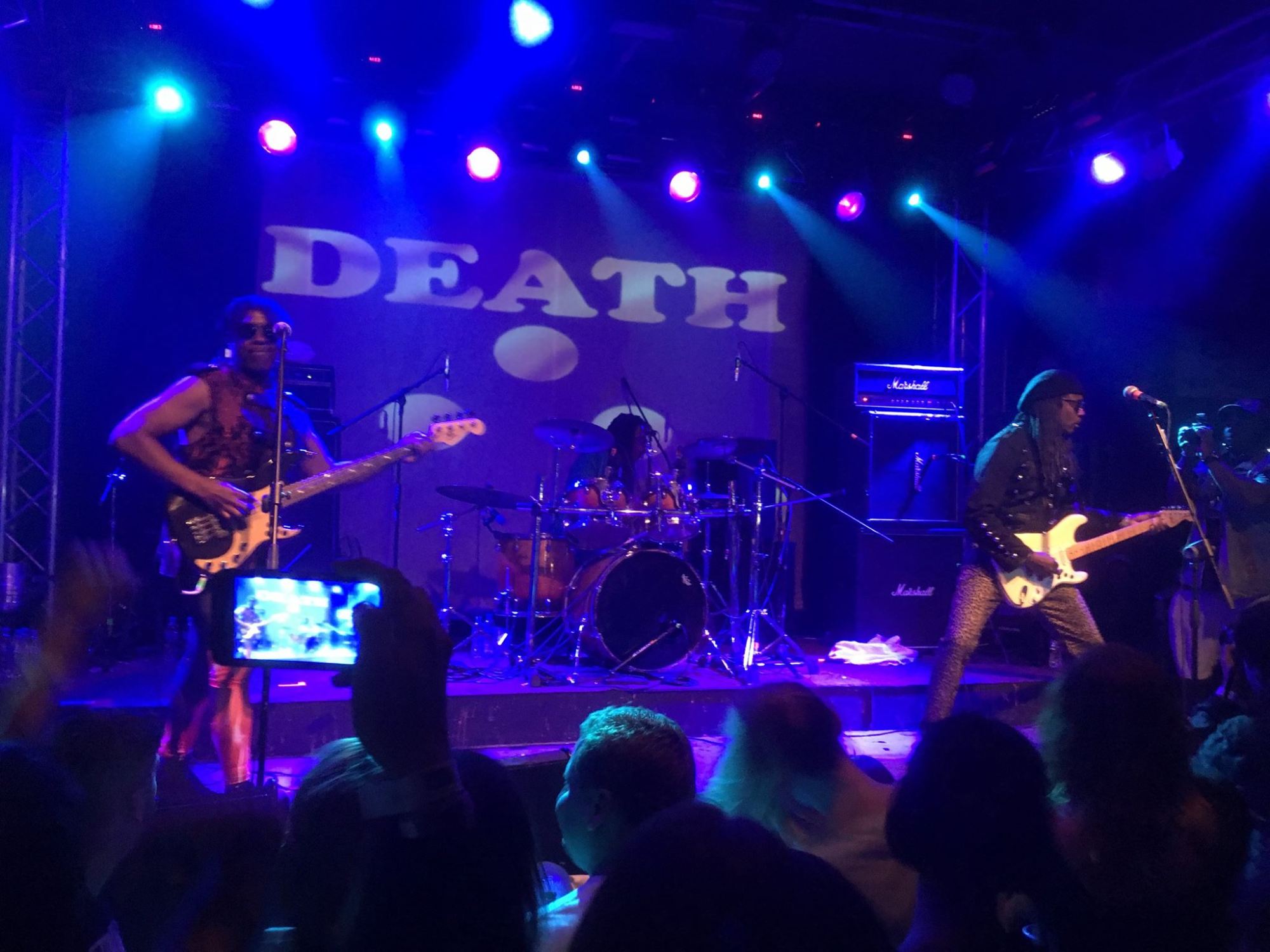 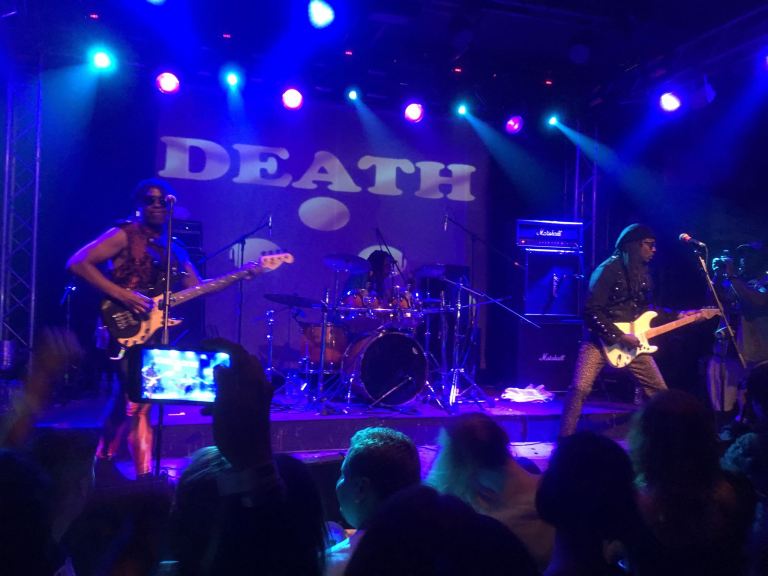 As we slowly entered Piraeus I almost regretted partying that hard on the deck. Through my hazy sunglasses I watched as we sailed into the legendary harbour. It’s an absolutely epic way to enter Athens. As the sun was setting we could see the endless skyline and the mountain chains in the distance.

Once on dry land the Belgrade crew and me piled into a cab and were off towards Monasteraki square. Draza, Milos and Duska were staying in at the same hotel, while I was gonna meet up with my girlfriend (caretaker and manager) Andrea who was flying into town at around 12.00pm.

We dumped our bags at the hotel and had a few hours before they could check in and I could meet with Andrea and go to our bnb. So we strolled over to the famously anarchist district of Exarchia for some breakfast and record shopping. Exarchia was all over the news when the cops shot a 15 year old kid during the massive demonstrations back in 2008. Well, cops and yuppies are still not welcome there but all other open-minded people are. It’s an area full of cool little bars, music and record stores and covered in insurgent graffiti. We first hit a very cool punk rock record store where Milos pillaged his wallet for a few kilos of wax and then parked ourselves in an ice cream parlour waiting for Andrea’s call.

She buzzed, so we went back to Monasteraki where us two headed to the bohemian neighbourhood of Plaka and the Serbs checked into their hotel.

Plaka is the hilly, picturesque district on the other side of Acropolis from Monasteraki. Although super touristy, our apartment was tucked away in a more quiet residential area. A perfect place to pass out and catch up on some sleep after the wild night on the ferry.

After sleeping through the whole afternoon, we missed going to the secret location show and went for a nice dinner instead. Back at Monasteraki we met with the Serbs and a fresh reinforcement from Amsterdam, my old buddy Marcel. A punk rock institution and head honcho of Gummo Punx Records, he was in town for a few days already to do some sight-seeing before joining us at the festival. So I asked him if he had gone up to the Acropolis already. He asked if the Acropolis are those ruins up on the hill and I said yeah. ´What a pile of rubble´ was his answer. Marcel, ever the cultural aficionado. But I told you he’s a really nice dude and has one of the best punk rock record collections around, right? Redeeming features.

So, the plan after dinner was to hook up with the rest of the bunch and go back to the scene of the crime from last year: The infamous Boiler Club. As I wrote in my piece about last year’s fest, it’s a surreal place. Smack in the middle of town, about 5 minute walk from Monasteraki square, it’s situated in a deserted street. On the ground floor is the bar where the DJ’s blast records till 8 in the morning and in the apartment above the bar they have live bands. On the bill that night were The Dirtiest from Italy and our Turkish friends The Raws. The Siege of Athens was about to start. It was next to impossible to pile into the apartment, so I missed the Dirtiest set but made sure I somehow squeezed my way in there for The Raws. Despite the technical issues, they killed it again. I mean picture a couple of hundred people stuffed in a living room space where a dude’s trying to make sense of the sound on a little mixing table. But they soldiered on through the feedback and made heaps of new fans for sure.

After the gig we bounced back down the stairs and into the street which was packed with partying punters eagerly anticipating the mayhem that was to follow on Saturday. 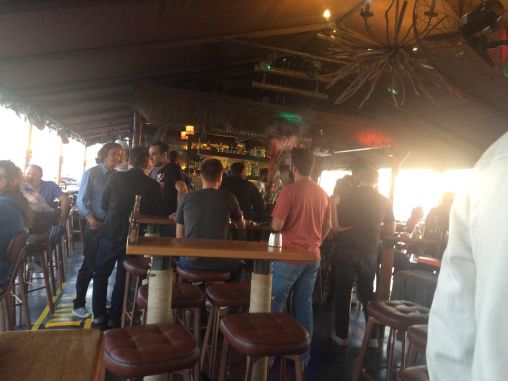 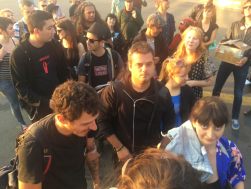 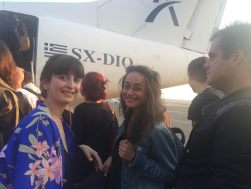 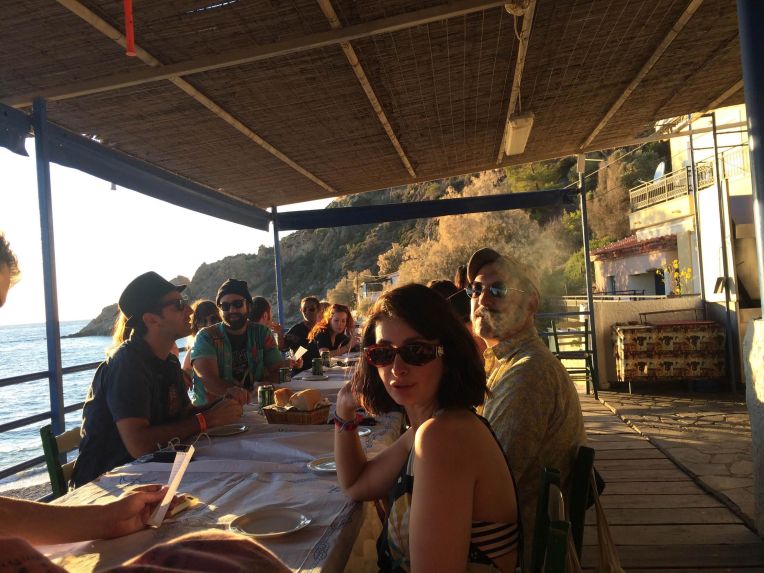 It was time for the main event. Fittingly it was also time for an epic warm-up/chill-out session at the rooftop pool and bar at the Dorian Inn Hotel where Danny was staying. Last year I missed the pool party as I barely slept the night before but this time Andrea and me headed there in the afternoon for a dip in the pool and the best view of the city imaginable. Well, maybe the second best view of the city. Same as last year I couldn’t resist the urge to hangover hike the highest hill in the city Mount Lycabbetus. A short steep walk from the hotel, it’s a great way to get away from the hustle and bustle while still being smack in the middle of the city. Except that it wasn’t quiet at all. When I walked up there the previous year it was during the midday heat but now it was close to sunset so it was packed with tourists armed with selfie sticks. But as always, you can usually find a little spot away from maddening crowd where we took in the sights. All corniness and day trippers aside, it is pretty special to witness it from up there.

So after sweating out more than a week of booze from my system by going up and down a steep slope we made our way to the Kyttaro Club. The premier rock venue in town where Death, The Spits and a handful of other bands were fittingly gonna close this extravaganza. Outside the club the Siege of Athens was in full force. A sea of punks, bikers, garage trash fiends and everything in between flooded the neighborhood. The street vendors were out of beer in a matter of minutes and the supply of alcohol had to be sustained from a few streets down the road.

We started talking to a few locals and they all expressed their amazement and gratitude that someone would bust his ass to organize a festival like this in Greece. While having a big and healthy music scene, it is geographically tucked away and not a prime target for bands, let alone for a festival this ambitious.

First on the bill were Hand and Leg, I must say I missed their set completely due hanging out outside and soaking in the atmosphere. On Marcel’s insistence I went in to check out Scraper, a three piece punk combo from San Francisco. Nihilistic and energetic but with an art punk vibe. I was back on the street after about four songs. I get it that some people dig them but yet again they didn’t do it for me.

Gay Anniversary were up next and I remember not liking them last year but did catch the back end of their set and was kind of into it. I will revisit them in the future for a second opinion.

Then it was time for the co-headliner, the Michigan cult punk rockers, The Spits. Having seen them a few times over the years, they were a bit hit and miss with me. Undoubtedly talented, they were also capable of giving a shit show where the singing brothers Erin and Sean would spend most of the time verbally abusing each other to the point where it seemed a bit conceptualised and pre-meditated.

But they were on form in Athens. I guess even their jaded ass couldn’t resist the wild and enthusiastic crowd. Their non-stop Ramones meets Devo assault was gobbled up by the hungry punters and they came back for a bunch of encores that were as long as their original set.

At about 01.00 in the morning Death took to the stage to close this extravaganza. If you’re not familiar with their story, do yourself a favor and check out the excellent documentary ‘A Band called Death’. It’s an unlikely story of a Detroit proto-punk band consisting of three black siblings who after seeing The Who switched from playing funk to rocking out like crazy. To make a long story short they self-released one 7″ that went totally unnoticed but were rediscovered thirty plus years later and are enjoying a glorious comeback and reapreciation.

They started the set with a few of their 70ties gems like the spastic ‘Politicians in my Eyes’ and the MC5 like ‘Keep on Knocking’ and had the capacity 800 strong crowd going berserk. Their new material wasn’t that strong unfortunately but their enthusiasm and gusto totally made up for it and they kept the great vibe going despite a few too many show off guitar and drum solos. 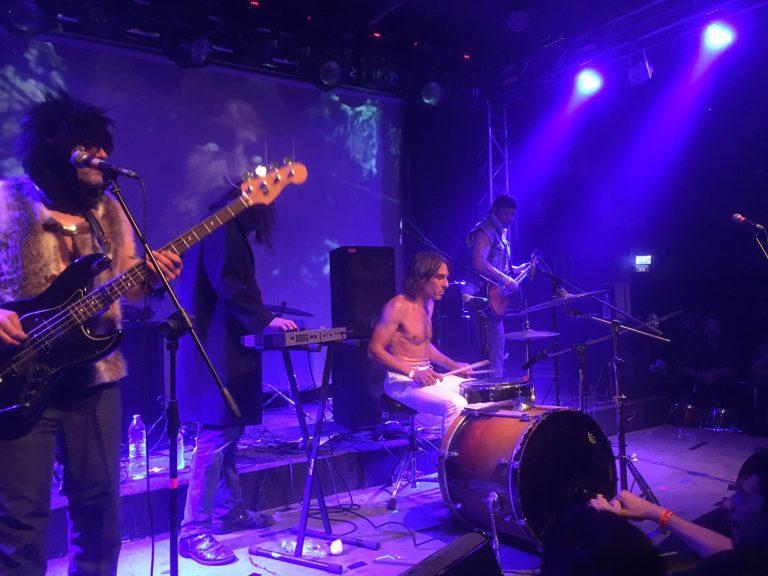 Then it was time for one last after party to end all after parties at the Boiler. The Siege of Athens continued as the crowd of people totally blocked all the streets surrounding Boiler. We somehow wiggled our way towards the bar where different sets of DJ’s were spinning the hell out of the decks. And if any of us would want to catch their breath and take a few minutes off from partying and dancing, the ever present and infectious Rosie would launch herself towards you and bring your ass back into the rocknroll tornado. Around 7.30 I was on my last legs and had to drag Andrea away as she was still relatively fresh after only two days at the festival. I passed the torch to Rosie and the Istanbul crew who stuck it out there for a few more hours. Respect. 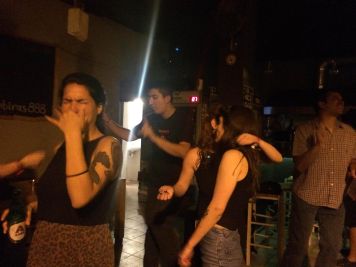 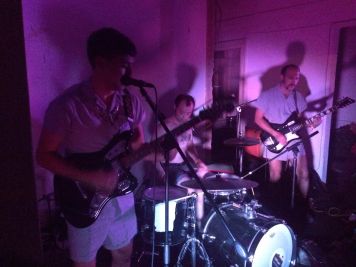 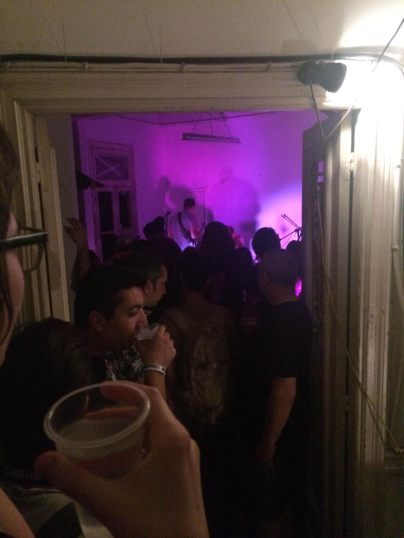 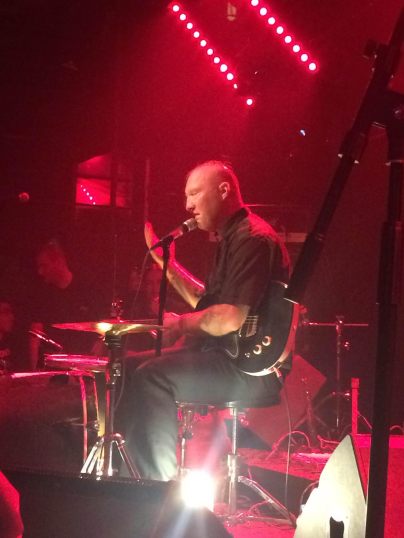 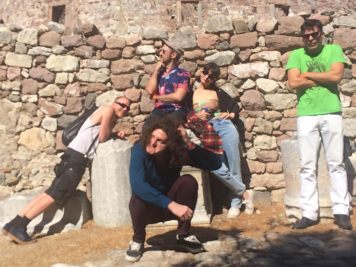 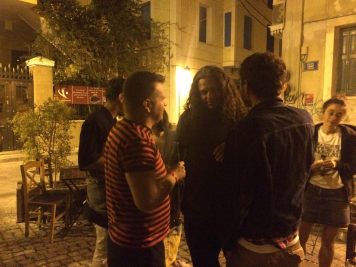 After waking up in early afternoon we hooked up with Danny for one last trip to the Aegean. We took a 45 min cab ride to the Voulgameni beach. The taxi driver was a Greek version of Jabba the Hutt with a fitting body odour. Luckily, same like in Lesbos, we had the beach pretty much to ourselves and enjoyed our last dips in the sea and our last rays of the hot Mediterranean sun. It was almost time to say goodbye but not before a final meet up with everybody at the Tiki Bar.

While the Magnetix were laying down their wall of noise inside, we hung around outside for some bittersweet farewells. Hugs and mutual invitations were exchanged, plans for future gatherings laid out.

Let us all hope Pete’s crazy enough to wanna do this all again.