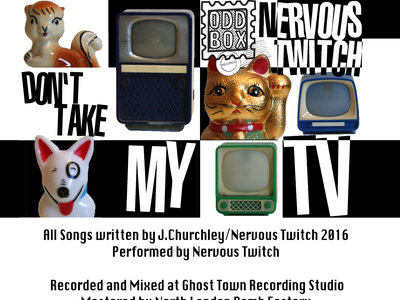 Fans of the classic yet simple punk melodies will find a comfortable familiarity with Nervous Twitch’s Don’t Take My TV.  Though they do stand out with a sound that makes me think of what La Luz would be had they taken their cues from the poppy side of punk, rather than from their distinct combination of surf rock and doo-wop. Don’t get me wrong; Nervous Twitch has some of the same charm. There is a noticeable surf sound present in Don’t Take My TV; however, instead of La Luz’s romantic qualities, these cats have a distinct attitude that professes roots in punk rock. The vocalist’s attitude also begs for a sound that invokes nostalgia for Poly Styrene and X-Ray Spex.  But, unlike X-Ray Spex, Nervous Twitch is not as aggressive, but they still play something provocative. To get a thorough sample of Nervous Twitch, I suggest checking out “John Power” and “A Little Self Discipline.” These tracks demand the listener’s attention to their angst-infused, yet-not-so subtle assertive snarky-ness. After a few listens, those smart enough to dig this album may find they’ve picked up something that’s catchy and fun. So, don’t hesitate and be sure to enjoy Don’t Take My TV. 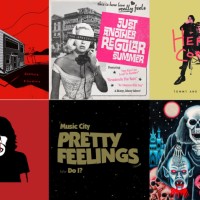