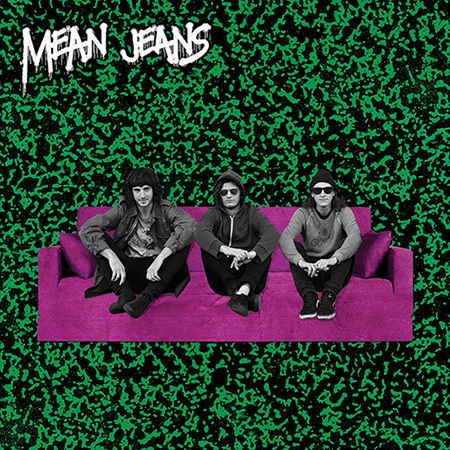 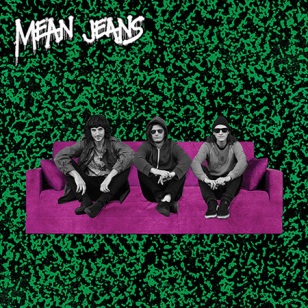 So the folks at Fat Wreck were awesome and sent me the new Mean Jeans record, since they just recently signed them. It was a big shock for me, as I didn’t know that label was still doing much. When I found out they are touring with NOFX this month my tune totally changed completely. This record is a further departure from the fast Ramones spurts that hooked me in when I first heard the Mean Jeans back in 2008, I guess it was, but I’m loving this record, as I feel it’s a mature one.
The title track even has a dark tonality to it, which made me smile. Not that they have completely abandoned what makes them tick, but have honed it down to a science rather. You’ve got three songs to jam out here, and it perfectly teases you and keeps ya wondering what the next LP will be like. This album is short, sweet and to the point and I wouldn’t have this band another way.
The B sides “Now I Wanna Be Yr Dogg” and “69 Tears” will not be featured on the LP Tight New Dimenson, which releases on April 22. This is a must have. Just trust me and pick this one up. It’s a solid pre-cursor to what could be their magnum opus of rats, roaches and jeans. Its out now and available via the Fat Wreck Chords website.