Kim Vincent Fowley was a record producer, musician and manager, best known for his work with the Runaways. I confess that my first introduction to Fowley was not through his work, but through the biopic film, the Runaways. The film characterized Fowley as ruthlessly ambitious and creatively provocative, while being quite the bastard. It’s been said that some of that description isn’t far from the truth.

A year or so after seeing the film I came across the compilation Kim Fowley’s Hollywood Confidential at Raunch Records in Salt Lake City, Utah. The compilation features the Runaways’ “On Suburban Lawns,” the Seeds’ “Wild Blood,” and much to my pleasure, the Fire Escape’s “the Trip.” The record is a sort of audio memoir of Fowley’s life and work, it highlights songs that he produced, co-wrote and performed. This record is a testament to a legacy that touches over 40 years of pop-cultural history. It is as diverse as it is controversial, but it seems to prove that Fowley always had a Midas touch. In other words, each track on the compilation is a gem.

In the 1960’s Fowley’s music career took off as he worked with the greats like the Seeds, Gene Vincent, Cat Stevens and Paul Revere and the Raiders, Fowley even acted as MC for John Lennon and Yoko Ono’s Plastic Ono Band performance at the Toronto Rock and Roll Revival on Sept. 13, 1969. Apart from working with other groups, Fowley also wrote and produced a number of cult favourite numbers. His lengthy list of notable material includes the Hollywood Argyles’ “Alley Oop,” Fowley’s “the Trip,” the N’ Betweens’ “Evil Witch Man,” and Fowley’s “Bubblegum.”

“The Trip” is a personal favourite of mine, this track can also be found on numerous compilations including Pebbles Vol 1 and Nuggets Vol 2. It can also be heard in Guy Richie’s 2008 film Rock n’ Rolla. Many of Fowley’s obscure recordings can also be found on Norton Records, where any hip-weirdo can pick up the Technicolor Grease, One Man’s Garbage, Another Man’s Gold and Animal God of The Streets LP’s.

In the 1970’s some of Fowleys better known exploits left a more notable legacy. Plainly speaking, I’m talking about the Runaways, the all-female rock n’ roll group that was started by Fowley and Joan Jett. The Runaways defined a certain “cunt-to-the front” attitude that helped pave the way for numerous other all-girl groups to take on the otherwise male dominated rock ‘n roll world. Unfortunately, the legacy of empowerment wasn’t the main reason for Fowley’s contribution. Fowley’s motivation was to do something unique that would bring in cash flow. Fowley’s treatment of the band has been said to have been far from pleasant.

Other than an alleged legacy of being less than charming, Fowley co-wrote the defining sex-explicit song, “Cherry Bomb,” this song would become the Runaways most widely known tune. You may need to do some searching on Discogs to find another Runaways song, “Cherry Bomb” on the other hand has most certainly germinated itself in your mind. Hell, you can even hear the song on the soundtrack to Marvel’s 2014 film Guardians of the Galaxy. I would argue that it is one of the few classic tunes of the 1970’s that hasn’t been overplayed. When those defining riffs come over the speakers it’s time to cause trouble. It’s the essence of rock n’ roll— sex, a no shits given attitude and plenty of provocativeness.

Fowley’s career continued on after the Runaways and in the 1980’s he discovered power-pop group the Innocents. In 2003 he was featured in the Rodney Bingenheimer documentary Mayor of Sunset Strip. Bingenheimer also contributed to Fowley’s 1968 album Good Clean Fun, he wrote the song “Search For A Teenage Woman.” In 2012 he released the album Death City, in which the self-defining track “Kim Vincent Fowley” can be found. While in the hospital, he collaborated on Ariel Pink’s 2014 release, Pom Pom, penning the tracks, “Exile On Frog Street” and “Nude Beach A Go-Go.” Fowley remained active until his death.

Fowley passed away on Jan. 15, 2015 after a long battle with bladder cancer at the age of 75. As a result of decades of notable work, Fowley left behind a wealth of treasures, artifacts and collaborations. It’s safe to say that without Fowley’s contributions to the music world there would be gaping holes in the history of rock n’ roll. When I first looked him up, he was described as a guy with green hair walking down the strip, it was suggested that his colorful personality could not be overlooked and it was certainly one that cannot be replaced. Here’s to one of the greats, he will be missed. 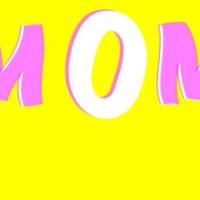