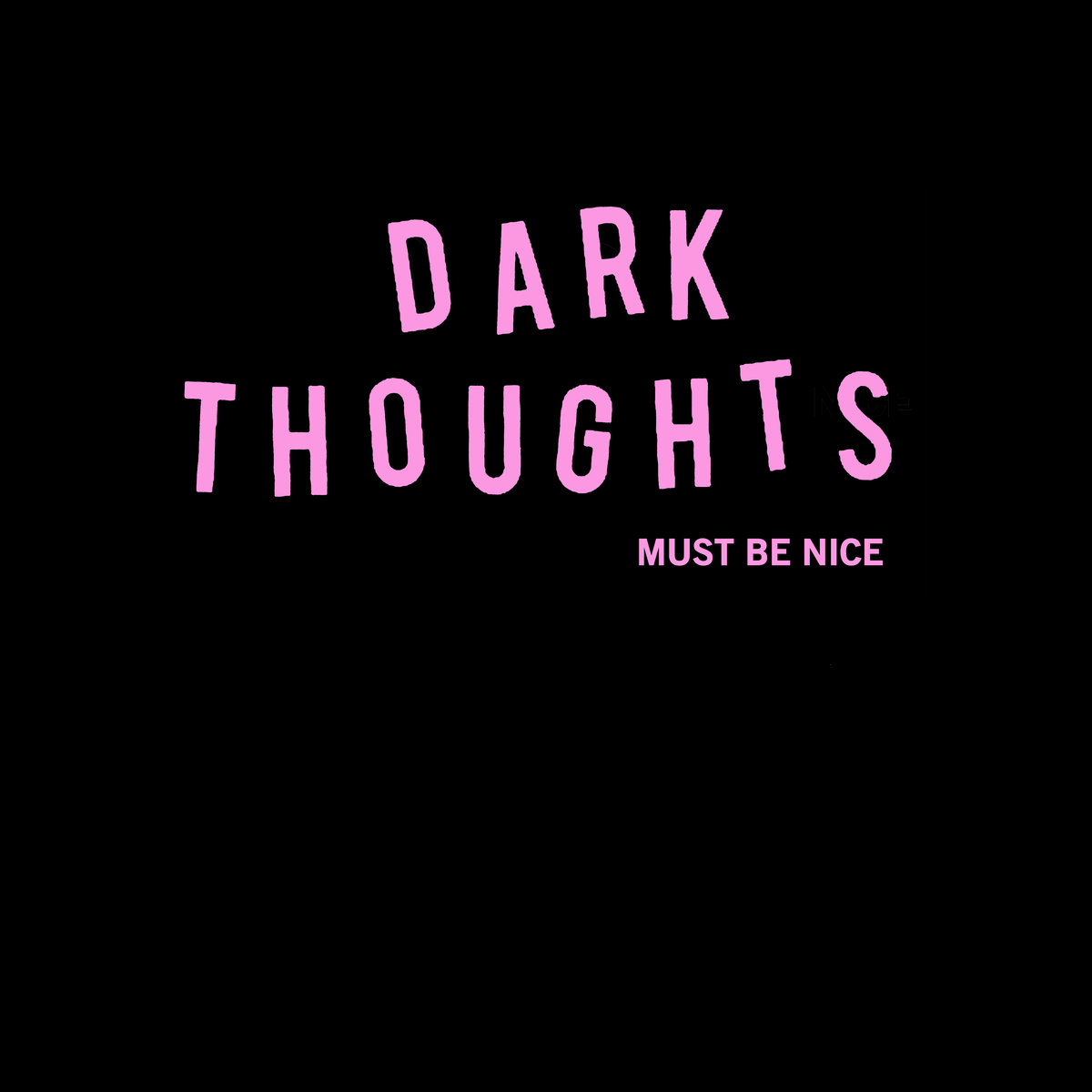 It might seem lazy to say that a record that just came out in December is one of my favourites of 2019, but it’s hard to remember what else throughout the year I’ve had on constant repeat the same way I’ve been replaying Must Be Nice. This third LP from Philadelphia punks, Dark Thoughts, comes just a year and a half after their last, extremely solid, second album, At Work.

The new Dark Thoughts record came out during a pretty bleak week in the UK – just as we found out we were saddled with five more years of a horrible Tory government. Having an extremely solid punk album fall in my lap during that time was more than welcome.

If you’ve listened to any of their previous work, the sound on the new album will be as familiar as your trusty leather jacket. But in a world where everything seems to change faster than you can blink, it’s actually comforting that the band continues to build on their signature style of unrelenting, catchy, melody-infused songs, that barely need more than a minute to punch you straight into the ears.

With similar energy, tightness and vocal styling, it seems impossible not to mention The Ramones in some way when you think of Dark Thoughts. Even the band themselves have mentioned in interviews how much they worship at the altar of Joey, Johnny, Tommy and Dee Dee.

Must Be Nice kicks off with ‘Hesitate’. A song that showcases the range of frontman, Jim Shomo, as he shifts from lamenting-crooning oooh-oh’s, to a raspy chagrin at having to be reserved or risk “rushing in like a fool-oooh”.

The next song, ‘Skin Like Paper’, takes the foot off the pedal slightly, but is one of the album’s most earnest songs. When Shomo sings, “wish there was something that I could say, but I don’t think anyone would listen anyway”, followed by the nicest little bit of guitar, you don’t really care that things have slowed down a bit.

Likewise, the crestfallen ‘Scan the Radio’ steadily pines away one oooh-ooh-ooh-ooh at a time about the one you wish you were with. My only complaint would be that it’s over too quickly. But maybe it’s best not to dwell on something too long if you don’t have to.

While many of the songs are snappy, frenetic and upbeat, a lot of the lyrics carve through the sweetness with anguish; often navigating regret, (mis)communication and unrequited love. Often just generally expressing frustration at the situations in life we find ourselves in.

Sometimes even just talking about the fucked up shit in our heads, like in ‘Terrible Things’ or deciding later in ‘I Can’t Remember’, “it’s so much easier to forget” than to try and recall the things in life that we regret. This latter track also puts the spotlight on the tremendous bass playing of Amy Opsasnick.

The last, and title track, on the album ‘Must Be Nice’ is a doozy. Easily almost double the length of most of the other songs, it has the most heartfelt little anthem sung over the rawest bit of guitar:

“It’s so easy to be lonely”

It then goes even further, layering in some delicate chime-y synth, as well as backing vocals from Cynthia Schemmer. Basically ending the album with more than a bang, and leaving you to wonder what’s going to be next for the band.

While this album initially saw me through a dismal election result last December, it’s still a go-to this month, as I’m left trying to figure out what the fuck 2020 is all about.

At least one thing we know is that the band will be playing Static Shock Weekend this March in London. In the meantime, you can pre-order Must Be Nice, available on January 17, 2020 from Drunken Sailor Records.