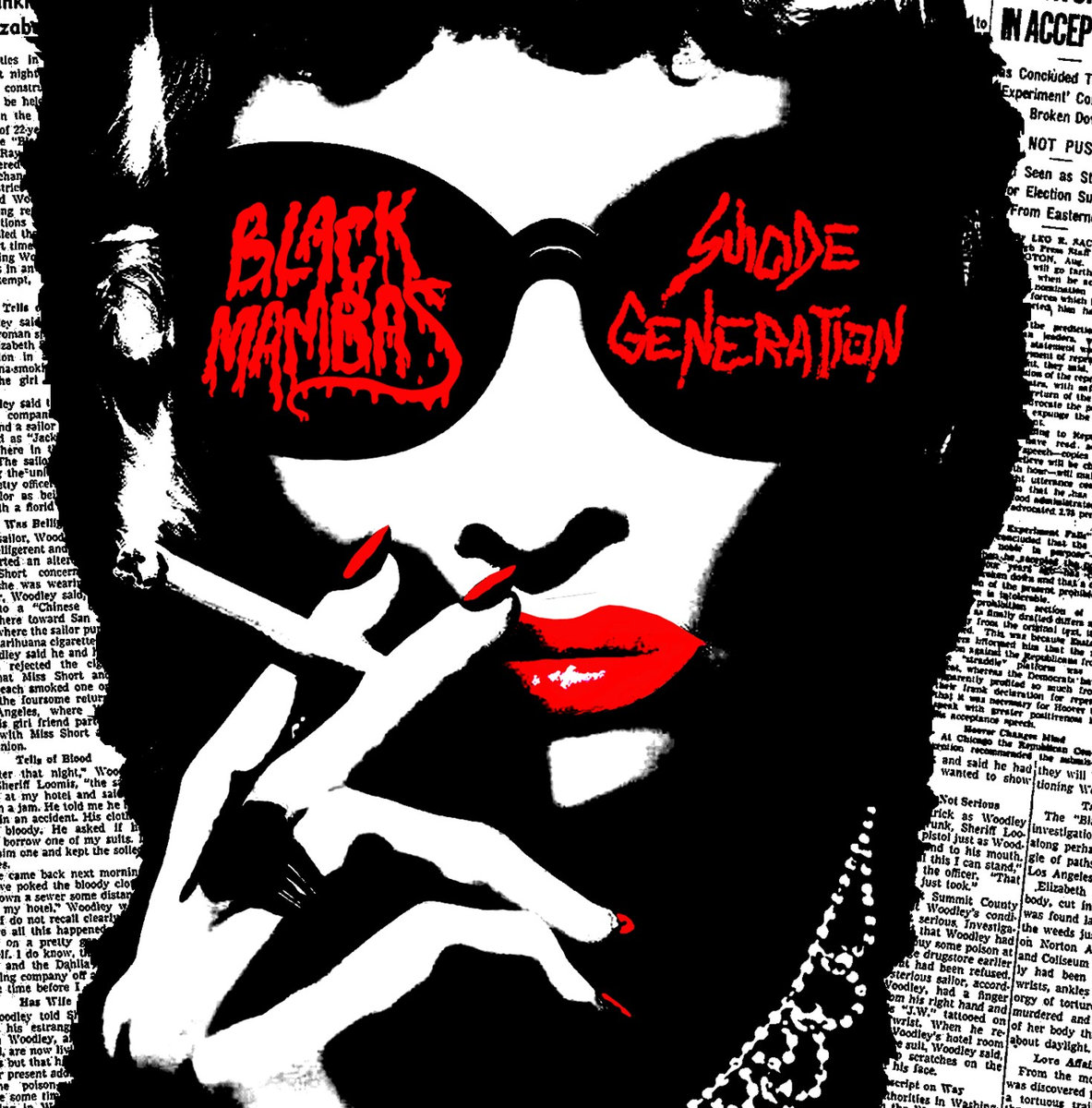 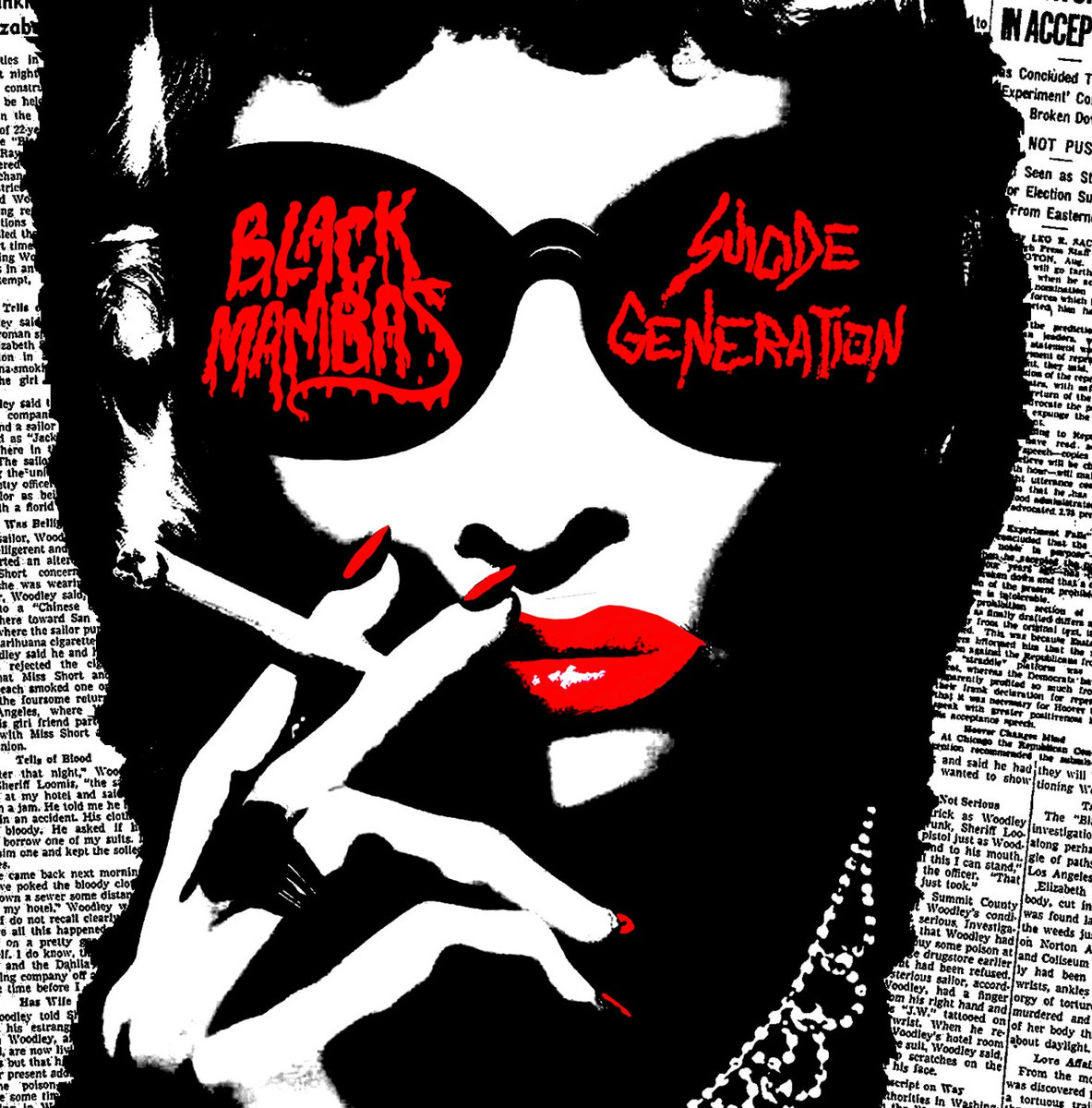 Within the grooves of this record are sounds from LA’s  Black Mambas and London’s Suicide Generation.

It’s a record representing a match made by the shredding-sirens of hell-destined angels.

This split boasts a mix of reckless rock n’ roll and devastating jet-punk fueled notions.  The bands on this record share a clear appreciation for everything untamed and brutal about rock n’ roll. There are some differences between them though.

Black Mambas carry something bordering between Chuck Berry and MC5, but with a definitive volatile charged-flair. Suicide Generation, on the other hand, take primitive punk notions and bomb them back to the Stone Age.

The Black Mambas make rock n’ roll a rebel’s sport. They show no fear and this record exemplifies their catchy tunes. It’s as though I’m getting a perfectly clear experience of one of their gigs from listening to this.

The opening track ‘Be Bad Too’ stands out as a tune that’s easy to follow. It’s a catchy number that inspires thoughts of speed demons and throwing one about. ‘What She Say’ carries on with a similar style, but shows off an utterly defiant noise.

Suicide Generation are the definition of untamed, apocalypse-invoking punk rock. Their three tracks inspire a unique urge to destroy. They bring to the table unbridled punk in its rawest form.

Recorded at New Rose Studios in Camden, Suicide Generation’s side on this record contains no-frills brutal punky-desperation. Each track represents the stripped down essentials for distorted music from the Lazarus pit.

Listening to this on repeat is akin to a maddening experience, which is spurred on by singer Sebastian Melmoth’s frantic, chaotic vocals.  Short and sweet, songs like ‘Phoenix Women’ and ‘Suicide’ invoke aspirations of falling into violent fits.

Admittedly, it’s the kind of style that is similar to bare bones “hold the bullshit, please” punk. This is not a sound meant for the timid or pious. Suicide Generation is for the damned or soon-to-be critically insane.

If this record is not in your collection, rethink that and get it. Black Mambas and Suicide Generation are two sides of the same coin. Rock n’ roll in this decade could hardly be done better.

Listeners ought to be wary of playing this to virgin ears, as the results are mind shattering.

Pick it up at your own discretion.