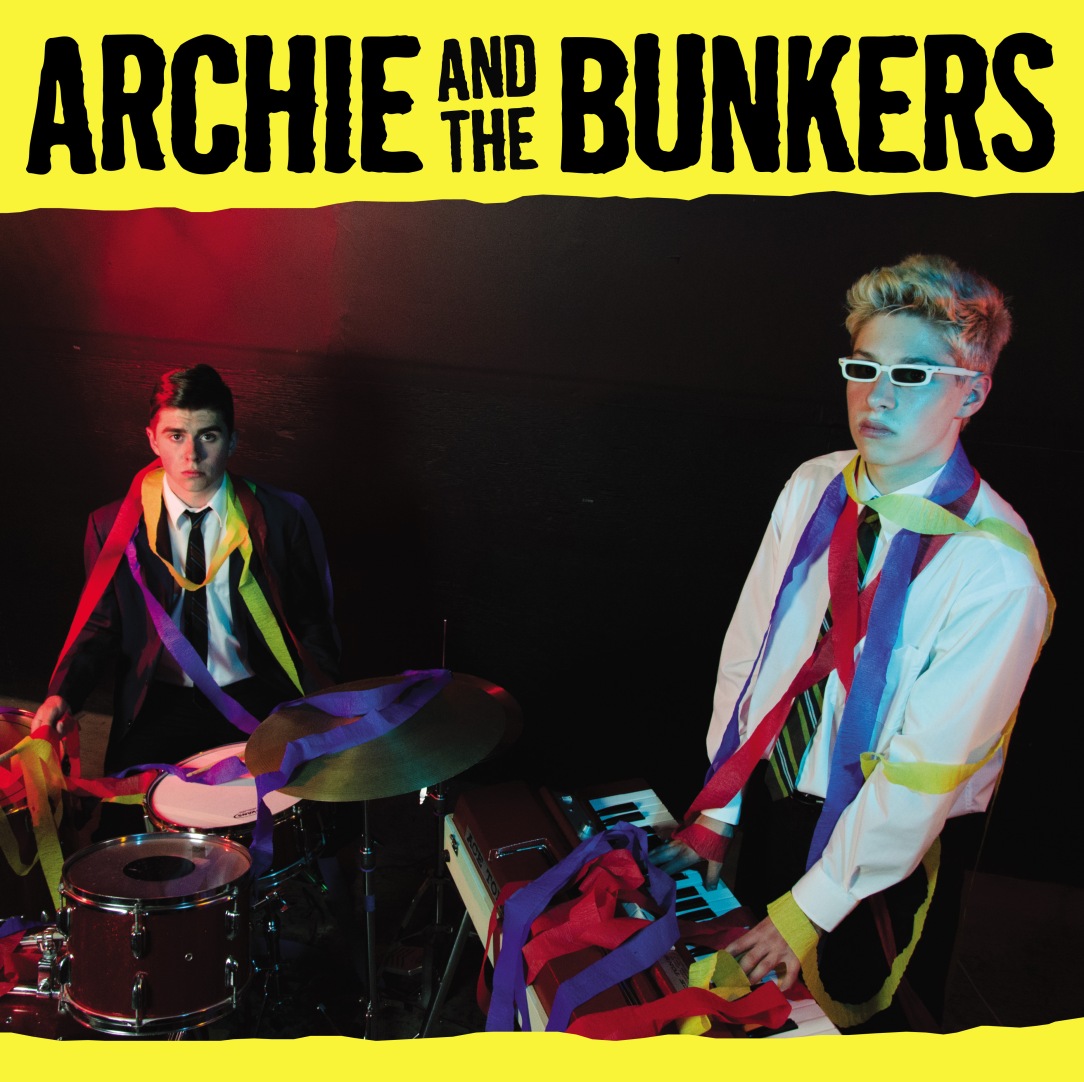 Artist: Archie and the Bunkers

I was pretty excited when I first heard two songs from these guys, imagine when listening to the whole album. How old are they again?

Archie and the Bunkers, inspired by the funny Archie Bunker from All In The Family, is a couple of teenage brothers from Cleveland — Cullen on the organ and Emmet on the drums and lead vocals. No guitar, no bass, just a four-piece drum, an organ and two incredible mature souls with the energy of, well, teenagers.

They call their sound Hi-Fi Organ Punk and I couldn’t agree more. I’m a sucker for rock ’n’ roll organs and steady clear drums. I can hear reminiscences of The Cramps, Dead Boys and The Damned, but also The Stranglers, Doors and even Murder City Devils. To create such a full atmospheric sound with just two instruments gives me goose bumps. To all those who say music will never be what it once was, shut the fuck up and listen to Archie and the Bunkers.

I put my headphones on and started listening to the entire album. The first two songs are so mature that I almost have to check in again to see if it’s them. It is. The song “Sally Lou” has a soul in Emmet’s voice of someone who has loved and lost. The drums are straightforward with the organ playful, but the voice is desperate. Vocals grow from desperate to thoughtful to almost resignation and back to fierce urgency. It has wonderful mood swings, much like any other song on this album, which I find not only exceptional but a true mirror of everyone’s psyche.

I somehow put “Lady RKO” in the same category as “Sally Lou,” although it is different at its very core. Not so atmospheric like “Sally Lou,” as Cullen’s voice is defiant. It’s sex, an à lá Jim Morrison infused song.

The next song, “I’m Not Really Sure What I’m Going To Do,” has a beginning that reminds me of The Cramps. Marching through comes then a deeply ironic and almost rage-filled vocals that make you sit up straight in your chair. It is one of my very favourites, if it’s even possible to categorise.

“Knifuli Knifula” is ok. After listening to the whole album, this one doesn’t quite spark anything inside me. Nevertheless, it’s a good filler. 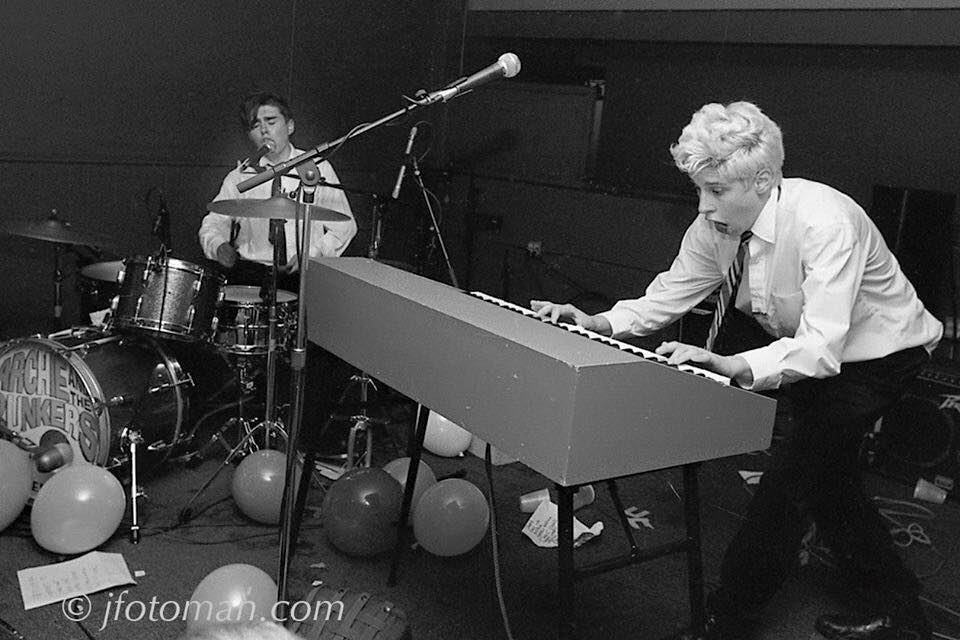 “You’re The Victim,” oh yes. It’s a true confrontational song with political hues. As soon as you hear, “I’m an American but I’m not free,” you’re hooked. Starting with a dominant military drum rolling and a twirling organ melody, it enthralls you in its very depths of possible interpretations.

“Different Track” is a vigorous party song. I can imagine people dancing and singing to it without giving it too much thought. But, when you listen to it closely, you can’t stop to be awed again by the depths of their lyrics, like “But my mind will start to wear out […] This world really has gone mad.” How old are they again?

“Miss Taylor” is a rhythmic feast with no time to let you breathe. It’s fast and full with a steady drumbeat holding the organ spirals going frenetically up and down. “Austria” is as steady as it goes. Its repetitive background chords help to warp you in a never-ending loop, where the vocals achieve a higher urgency to be heard.

“I Wish I Could”, which is actually sung by Cullen, must be the poppiest of them all– the album’s hymn so to speak. It’s got all ingredients: well-known beat, catchy chorus and a sweet melody at large. A punk power pop song par excellence.

“Trade Winds” follows the same scheme as “I Wish I Could,” albeit being a whole lot more punk. It is a robust song that in its hurriedness shows a dominant attitude.

If the last one was fast, “The Last Stooge” takes no longer than a heartbeat. The intro has a delicious crescendo, rising up to vocals with a frenetic insistence that reminds me of some songs of Murder City Devils.

And dear “Joanie.” What a delightful way to end a perfect album. An instrumental aerial atmospheric piece that takes you to that place you know exists but never saw.

Archie and the Bunkers is a revelation. Let’s just hope they continue to amaze us because, for now, it’s difficult to imagine anything coming out better than this one. But then again, remember those who say good music is no more and how terribly wrong they are. 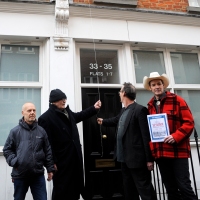 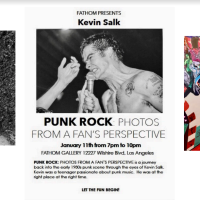 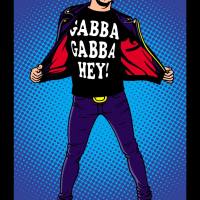 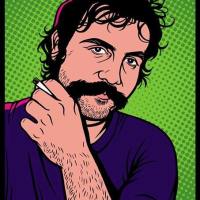 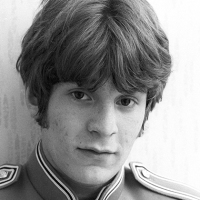 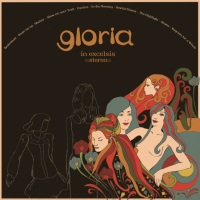 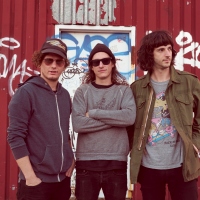 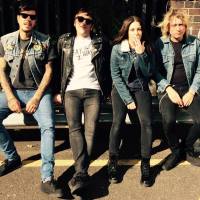